Back in December when I first received the Hero3, it came with a strong recommendation from Santa to use it for commercial gain.  That was before we found out that the FAA prohibits using UAVs commercially.  Whatever, it’s only illegal if you get caught, right?  Well, recently Santa has noticed that his chimney is spalding so he asked me to take a look at it. Idea! Use the quadcopter + Hero3 so I don’t risk breaking my neck falling off a third story slate roof. 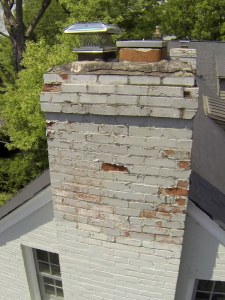 The photos came out fairly well. These are actually stills captured from 2.7k protune video that have been downsampled to 800×600.

This entry was posted in Fun and Field and tagged GoPro Hero3, quadcopter. Bookmark the permalink.